Home for me has always been a nebulous thing. I was an oil industry brat, raised in a number of different countries around the world. We made an international move on average every two years until I was in high school. I hold passports for two different countries- one I didn't live in until I was 7 years old, the other I didn't even get to visit until I was the grand old age of 22. Because I was often the new kid, I was often asked where I came from. I had a standard answer that summed it all up for me and reflected my lack of an anchor point- "All over the place."

From the time I started high school to the time I got married 12 years later, I lived in one city. But that city still never felt like home to me. It wasn't until we chose to move to the country after our marriage that I finally found a sense of my own place for the first time. It came from the choice we made to be there- the first time in either of our lives that we'd made that choice for ourselves instead of following family.

Our daughter was born there, and we'll never lose our connection to that place. But as she grew, we began to realise that following family wasn't just about the places you go. It's about being close enough that your child has her own toothbrush at Grandma's house, or close enough that when you're sick as a dog, your best friend can drive around the corner to drop you off some soup. We moved back to our original city, bought our first house, and though I've never been struck by the same lightning bolt of belonging that I felt in our country home, I've slowly come to realise that this place is probably as close to home as I'll ever find.

Not just because I'm here, but because I've *been* here all these years, and so have so many of the people I care about. I've graduated high school and university, met the love of my life, married, and now my son has been born here. I've left here and returned a thousand times for work and travel. I've seen it change- I remember it as it was 20 years ago, and I can tell you what's different now. I'm a part of this city, and it is undeniably a part of me. The axis of my life right here, and my world revolves around it.

When I started travelling around the rest of this enormous state for work, I was as unprepared as your average city girl for the impact places would have on me. With time, another area worked itself into my brain and wouldn't let go- the place that is the inspiration for the town of Stonehaven, and Edenvale and Golden Valley farms. 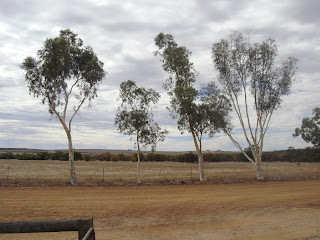 This is not my place. But it is home to my characters. In one form or another, I've spent a part of every single day of the last six years in that place, even though I haven't physically been there in all that time.

Last week we got an unexpected chance to travel up there and visit. I was kind of nervous that it wouldn't be all I remembered, and it wasn't- because it's not Stonehaven. But it is within Stonehaven, and the sense of place I felt was for the town of my story. It was wonderful to go home, to Bill, Len and Kit's home. They are the opposite to me- people who have always known their place. But like me, they all struggle to accept it at times. Writing this novel has definitely been a way for me to explore my own feelings about place and identity. 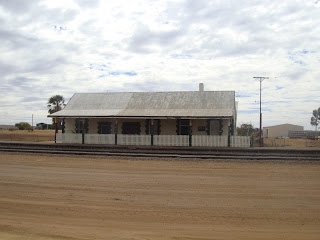