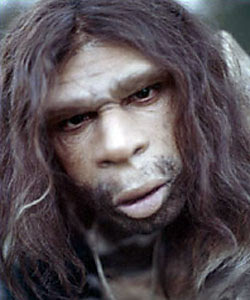 I think one of the trickiest things for me as a writer is trying to write in a male POV. Not being a male, obviously, I have to rely on observation of that species to try to nail how they think/speak/behave. I often times feel like a member of a National Geographic research team, hunting them in the wild, observing them from afar...trying to answer the question, "WHY DO THEY DO THAT?" That being a vast number of things that totally boggle the mind.

There's a reason there are so many books on communication between women and men--or rather, guides that try to help men and women communicate better. Sometimes, it's like they're speaking a foreign language and have grown up with a completely different take on this world.

In short, I just don't get 'em. At all. They're a complete conundrum. But dangit if I don't think they're wonderful all the same. :)

Writing males can prove a bit tricky when the male mind is such a mystery. They don't speak the same way we do, they don't value the same things we do, and they definitely do not react the same way to situations as we do.

Let's use an example we see in everyday life:

The toilet seat has been left up.

(Woe is be to the male who does this in my house--let me just say that right now.)

Girls, you know exactly how grossed out I am by this whole thing. It's unsanitary and unsightly to come into a bathroom when the seat has been left up. Plus, we girls have a lot on our minds. Nothing worse than a rude awakening when you try to take a seat and oomph! you almost fall in. RED. We see RED when this happens.

But think about it from a guy's perspective. They're just going to use the toilet again, so why put it down? And hey, what's the big deal? They have to put it up when they used the restroom, why can't we put it down when we have to go?

(Did you actually hear my eyes roll back at that one? It sounded kinda loud to me.)

Oh, you know the age old debate. I don't think this one will ever be solved.

Behavior is one thing, but the way they speak is so different that it's by far the hardest thing for me to nail as a writer. Often times, I find I will write a scene between a male and a female... The female dialogue I will pretty much nail on the first go round. The male dialogue, however, will be a big ole' hot mess of feminine traits that need to be clipped out.

I have an inside joke that I have to "go Neanderthal" on my male characters. What this entails is going through every line of male dialogue and deleting any and all unnecessary words. That means hacking out adjectives, pronouns...ANYTHING that over complicates things. I want my male dialogue to be brief and to the point. Almost to where it has a clipped feeling to it.

He shook the glass impatiently. “You should take these. They’ll help your headache.” He dropped two oval shaped pills in my hand.

He shook the glass impatiently. “Take these. They’ll help.” He dropped two oval shaped pills in my hand.

A look of hesitation flashed across his features before melting into one of annoyance. “Sh*t,” he muttered and headed inside. He emerged a moment later with a tire iron. “Where are they?”

A look of hesitation flashed across his features before melting into one of annoyance. “Sh*t,” he muttered and headed inside. He emerged a moment later with a tire iron. “Where?”


The differences between the two are pretty subtle, but I strive hard for that subtlety. (g) What about you? Do you find it difficult to write characters of the opposite sex? What tricks do you use?
Posted by Jennifer Hendren at 2/22/2011 07:26:00 PM