Standing Up for My Genre 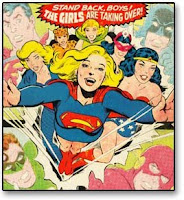 Perception is reality. I saw that on a tattoo once. And thought, well of course it is. It’s one of those sayings we nod our heads to then carry on. Yet.

Yet. Perception, our perception, IS our reality. We know we are here because of our senses. Without them, what would we be? More so, without them how would we commune with the world around us?

Thus it could be said that how you chose to perceive life will color that life, the choices you make, the enjoyment you glean from it.

All good. Nod along.

But I’ve been thinking about a specific perception lately. The thing is, I write romance. Perception of romance…well, it usually isn’t kind. It is so funny to me how certain stereotypes catch on and never die, while others are shamed out of us. I mean, here in America, our parents, or perhaps grandparents for some of you, actually lived in a time where humankind was separated by the color of skin. Different bathrooms, different entrances, etc. Over in Australia, our parents were around to see a whole culture torn apart, children taken from their parents, in the name of socialization.

And we all shake our heads in disgust. Of course we do. Because we understand right from wrong.

Just like we, as women, understand how utterly horrible it was for women to live in a time where every decision in their lives was under the lawful control of a man. No right to vote, considered inferior in intellect and sensibility. Weak.

And yet, sometimes it is the women who speak the most derogatory of romance, who keep the stereotype of what is or isn’t romance alive. Countless times I have read comments from women stating that they don’t read that stuff, that bodice-ripping, woman-hating, fluff. The idea being that these women are serious intellectuals. The idea being that smart –career minded, because we can’t forget that!- women don’t read romance. Usually, these women make sure to throw out there that THEY read literary fiction. So there!

I find it the antithesis of intellect to make judgments on a topic in which you have no true knowledge. This is like going to a debate having only studied half of a topic. Suicide, any debater will tell you. Moronic, I would say.

Then there are the ones who HAVE read some romance and decided, it’s not for them, they are much more literary-minded (g) but they have nothing against romance per say. Unfortunately, they can’t quite hide that little sneer, they slight edge in their voice that makes it clear, romance is an inferior genre.

Am I being over-sensitive?

I don’t think so. Nor am I asking everyone to love romance. That would be equally moronic. The great thing about personal taste is that every one is entitled to it.

What I am questioning is that sneer. I question WHY a genre about women –empowered women- mostly written, edited, and agented by women is sneered upon in the first place. I hate horror. Don’t read it. Don’t watch it. Do I sneer at it? No. Do I assume that every horror movie or book is going to be exactly like the movies/books put out in the 1970’s? No. So why assume romance is stuck in a time warp? Why turn your nose up at an entire genre based on old stereotypes or preconceived notions? Or to put it another way: To dislike romance is one thing, to declare it inferior to other genres is another.

I used to get the Washington Post Sunday Edition for their book reviews. Until I started to wonder why romance was the only genre ignored by them. Mystery and thrillers got their own section. Romance? Never. That’s fluff. I cannot respect a publication that does not respect the entirety of the writing community. Frankly, that’s quite a bit like asking romance readers and writers to sit in the back of the bus.

Why is it that stories about love are scoffed at while stories that glorify serial killers are respected? Why is the notion that a sex scene in gratuitous and cheap while murder and torture is not? I am fully willing to admit that one may find the good, bad, and ugly in all genres. Yet for many, it is romance that takes the brunt of the ugly while others skate by.

But here is the thing, the part when I reveal the hypocrite in me. I just sold my romance novel. This is the completion of a decade-long dream. I should be shouting it from the rooftops. Instead, I have to brace myself to look someone in the eye and tell say that my book is a romance. I expect the sneer, often get it. That or a patronizing smile. And I feel the need to justify myself. Justify the genre.

So really, the problem is mine. Because in truth, change starts with yourself. Perception changes with each person. If I cower, or try to justify something that I love, I weaken it, and myself. If women –or men- feel the need to hide their “dirty little” romance-reading secret, they are telling the world that the stereotype has merit, that there is justification for putting romance down. A thing only has the value we give it. Diamonds are mere stones without our coveting them. And a romance will be a shameful genre until we treat it the same way we treat any other genre.

More importantly, that which we inherently respect does not need justification as to why we must respect it. Not really. It simply is. You never see a literary writer begging for others to respect their genre –heck are we even allowed to call it a genre? Although, maybe they should, I have pulled many a stinker down from shelves in that section of the bookstore.