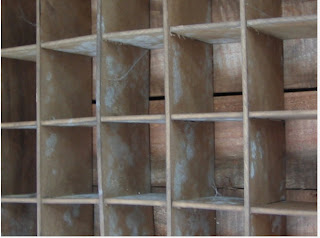 Sigh. Tonight I planned to write an erudite post on the topic of literary structure but my son’s homework catastrophe ate it instead, and now … well, in short, I’m old, and after 9pm my brain shuts for business. So I’m sorry, but you’ll just have to make do with the condensed version.

(I can hear those sighs of relief from here, you know.)

Basically, what’s been on my mind of late is how best to structure my story, how best to tell my tale. Specifically, how to avoid writing a story in a form that’s already been used a million times before.

In a nutshell, my story is of a nineteenth century French nobleman who is also a serial killer, and his dark plot to entrap a young, female physician. He does not want her for his next victim, however; what he wants is for her to break her oath to do no harm and become his accomplice.

But then, yesterday, I was flipping through McKee’s STORY (sorry to harp on about that book, but it’s really working for me right now. It didn’t, not when I first bought it a couple of years back – in fact, I think I got through chapter one, then put it back on the shelf, my brain aching – but it’s making a ton of sense now, and I’m not going to jinx myself and start asking why!)…anyway, some of my worry about being boring and predictable in my structure evaporated when I read this:-

Talent is like a muscle: without something to push against, it atrophies.

The “something to push against” he refers to is literary convention – of genre, of structure (three acts, four acts), of archetypal stories of universal human experience. Conventions that we, as audiences and readers, immediately recognize and understand, that work to set up our expectations of the type of story about to be presented to us.

McKee argues that rather than these conventions limiting our creativity as writers, they push us to new levels of inspiration and imagination. That they should drive us to go deeper, further, to flex that talent muscle so we create new and fresh and unexpected ways to tell our stories within existing conventions.

Basically, that if you use these limits to push against, your imagination will rise to the occasion.

I like that way of thinking. And it makes me want to limber up my talent muscle and get down and give my story twenty.

What’s your take on McKee’s idea? Do literary conventions stifle your imagination, or do you use them as McKee suggests, as tools to make you go deeper into your well of creativity?