The Write Side of the Law 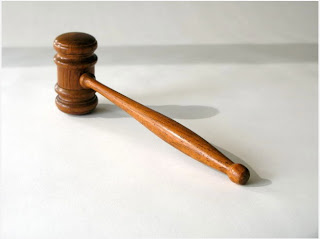 Scanning through my book shelves the other day I re-discovered my well-thumbed collection of John Grisham novels. Great reads, in my humble opinion. And there, tucked behind them, were a handful of Scott Turows, equally enjoyable tales. It struck me that both Grisham and Turow are lawyers who have turned to writing fiction, and I got to wondering why so many of them make that switch. Because lets face it, there are a whole heap of them out there. Along with Grisham and Turow you have your Alexander McCall Smith, your Phillip Margolin, your John Mortimer, creator of Rumpole of the Bailey. Even Charles Dickens worked as a clerk in a law office; heck, I’m a recovering lawyer myself, and our Jen has a law degree hanging on her wall. Correct me if I’m wrong, but the only other professions that spawn such a profusion of novelists seem to be journalism, English teaching and copy writing.

What is it about lawyers and the law that drives them to turn from the cut and thrust of the court room and seek the realms of the imagination? Probably many reasons, but I really think it boils down to the fact that the leap from lawyer to writer is not as hard as you might think; that the gulf between the world of facts and evidence, and the world of creativity and fiction, really isn’t that wide at all.

If you want to be a lawyer or a writer, you’d better love words - adore them, in fact, their shades and graduations, love manipulating them, love the challenge of selecting just the right ones so your character’s inner turmoil is made crystal clear, or to ensure the letter you’re writing on your client’s behalf conveys the message she wants, without getting her butt sued for defamation.

Writers and lawyers also need to use and hone many of the same skills, particularly that of people-watching. When you’re taking statements from witnesses in the lead up to a trial, for example, you need to be able to decide whether what these people are telling you is more or less the truth - you DO NOT want your case blown out of the water because your witness’ evidence turns out to be a pack of lies - and really, the only way you can make this call is by quietly observing them; their mannerisms as they retell their versions of events, their choice of words, their eye movements, how they react to certain questions you pose them. This ability to deconstruct the way we humans act is what writers have, too - in fact, nearly every writer I know loves a good old spot of people watching - and what they observe, they bring to their work, creating characters with great depth and who are entirely believable.

And lawyers must also be story tellers, in a way, amassing and ordering information to unfold a story that will convince a judge or jury of a particular version of events.

But - and I can attest to this from painful personal experience - coming to novel writing armed with a law degree does have its pitfalls. The main one being that it takes a LONG time to to rid your writing of all the dusty rules and rigid structures you must adhere to when doing legal work. In other words, it takes a long time to learn not to be boring, to shake off a facts based approach to constructing sentences and paragraphs, and let your imagination run free.

That said, having the stamina to sit and write legalese for hours and hours on end means you probably won’t find it too hard to nail your butt to the chair and write fiction.

And despite the image given to the profession by LA Law and the like, practising law can often be a dry and dull affair. Lots of fact finding, double-checking, evidence gathering, drafting wills and leases and …. yawn. Whereas writing fiction lets you use other parts of your brain altogether, the parts where your creativity and imagination reside. When you have to tamp that side down for your day job, the temptation to let it off the leash and write a book can be very great indeed. Believe me. ☺

So, how about you? Do your jobs - past or present - help or hider your writing?

Edited to add - oh, and my sick cat Leo? He's fine. Turns out the source of his problem was not his pancreas, but the two inches of ribbon he'd apparently eaten. *rolls eyes* Just don't ask how we finally worked that one out. Shudder.