Are You Suffering From A Dose Of The "If Onlies"? 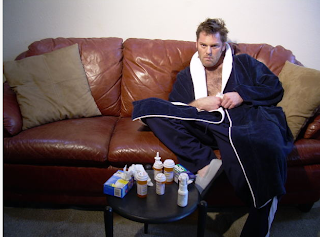 Well I’m back after my brief blogging hiatus, which some of you might recall was caused by the fact I was racing to get the revisions/rewrites of my WIP done before my kids started school holidays.

Sadly, I have to report a fail on that front. :-(  Kids were sick, kids had a bazillion school plays and exhibitions and parades and so forth, family located overseas came home for a visit ... you know the drill. And although I've had a very enjoyable few weeks, my keyboard time got zapped and I didn’t make my deadline.

This has resulted in a certain amount of frustration on my part, and very nearly sent me into a downward spiral of the “if onlies” … you know, those times when you sit and moan into your glass of shiraz about how you would certainly, definitely, get your novel written  - “if only.”

But the “if only” I seem to repeat the most is, “if only I had more time.”

Now, perhaps there is a grain of truth in that one. Maybe I would get more done with more time. But after recently watching a repeat episode of one of my favourite TV shows, Grand Designs, I think that leaning on the “if onlies” as an excuse for not achieving what we want is a dicey matter.

For those of you not in the know, Grand Designs is a British production in which the host, Kevin McCloud, follows families and couples as they try to renovate or build the homes of their dreams. I ADORE this show – I think I was an architect or interior designer in a past life – and love the high drama involved in each episode: will they/won’t they come in on budget? Will the house constructed of used tyres in the French countryside end up looking rubbish? Will the husband and wife who can't agree on a single thing be divorced by the end of it all?

Anyway … the episode in question revisited an English couple who, in an earlier episode, had built their dream home for themselves and their daughter in Creuse, France. The wife was an aromatherapist, and the husband was a writer who made a crust writing technical manuals. He was convinced – absolutely convinced – that “if only” he had the perfect creative environment in this new house, he’d be able to churn out the novel he’d always wanted to write.

His writing zone turned out beautifully, a quite study set on a mezzanine level with gorgeous, uninterrupted views of the French countryside. To die for, really.

Well, seven years later, the Grand Designs team returned to see how the house, and life in it, had turned out for the family. They were still there; the wife’s aromatherapy business was thriving; but the husband? Well, yes, he’d written a book in that time, and it had been published. But it was a non-fiction book … on how to build a house in rural France.

The novel? Not a whiff of it.

Now, kudos to him for writing and publishing any book at all. But it seems to me that having his “if only” wish granted hadn’t turned out to be the magic fix he thought it would be.  That perhaps there were other reasons why he just couldn’t get that novel written.

Hence, my wariness of attributing my failure to get my draft revised – in fact, to get my novel written, period - to my “if onlies”. And I think it would behoove me to think long and hard about it all …