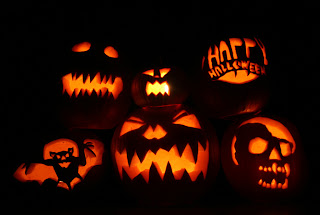 If your household is anything like mine, Halloween is an eagerly anticipated event. Or, as my daughter likes to say, one of the best days of the year!

This might have something to do with the free candy.

In honor of that lovely little concept called treats, my publisher Grand Central - Forever is holding a Halloween twitter party today. Prizes include books by my esteemed colleagues and me. Yes, they will be giving away a copy of FIRELIGHT at around 1:00 -1:30 pm EST. So visit @ForeverRomance on twitter, hash mark #4evrHalloween, for chances to win some great stuff.

Also, I still have plenty of bookmarks and trading cards to giveaway (sorry, my ARC is gone, but one lucky person will find it in their mailbox soon!) Simply send me an email @ kristen@kristencallihan.com if you're interested.

In other news (yes, this is all very important news!) our lovely fellow forumite, Jo Bourne has a new book out tomorrow.


The Black Hawk is Jo's fourth book in her spymasters series, featuring the much beloved 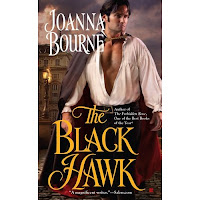 hero Adrian Hawker. I don't know about the rest of you, but I've been dying to read this story. If the Publisher's Weekly review below is anything to go by, we won't be disappointed.

The Black Hawk is a starred review at Publishers Weekly:

Bourne mixes heart-pounding mystery and romance in her spellbinding fourth Spymaster historical romantic thriller (after 2010’s The Forbidden Rose). From childhood, Adrian Hawker spied on France for England while Justine DeCabrillac gathered intelligence for the Police Sècrete. They were teens when they met in Paris in 1794, and as they grew up, their paths crossed often in a changing world. Sometimes they were on the same side, and sometimes they were opposed, but it was inevitable that they fall bittersweetly in love, knowing that any minute duty could take precedence over passion. Their tempestuous love affair unfolds in flashbacks, alternating with scenes from 1818 London, where somebody tries to kill Justine and frame Hawker, now head of the British Intelligence Service with as many enemies in England as in France. Just the right amount of intrigue makes this vivid romance a gripping page-turner.