Research: when it's enough, already! 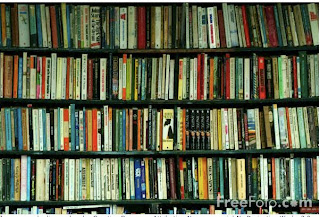 Research. We all have to do it, pretty much no matter what genre you write. If your main character is a lawyer, you’re going to have to bone up on court procedures and formalities, legal terminology, legal ethics (yes, despite all the shark jokes, there is such a thing!). If you set your book in a real city, you’ll have to research landmarks, street names, in order to get your setting just right. This is all to ground your story and your characters in believability - nothing worse than reading a book and being hit in the face by some fact or word you know is just plain wrong. Ugh.

So, we research. Some find it torturous. Some love it. And some just take it too far …

I freely admit I’m a research junkie. Part of the thrill I experienced when I first started writing Blood of the Heart was the prospect of all that juicy research. I re-joined my university library, with its humungous French History collection, and dived straight in. All those books to pore over, some of them 80 years old, 100 years old, 150 years old, and there I was, holding them in my hot little hands. Swoon.

I was writing all the while, too. I wasn’t ever one to think I had to know everything before I could write. How much more fun it is to research and write!

Except it didn't quite work that way. What I noticed, in my hyper-research phase, was that I was becoming a little paralyzed. I’d write a sentence: “She held her breath as she struck the match.” I’d stop. Damn. I think they had matches back then, I know I read about them somewhere, but I’m not one hundred percent sure … and did they call them matches? The term ‘lucifiers’ rings a bell … Off I’d scurry, flipping through text books, poring over my notes, Googling like a madwoman, to nail down the answers. A good hour or so later I’d be back to type the next sentence: “What she saw turned her legs to liquid; she stumbled back, spilling the whisky …” Whoa. We’re in France. Wouldn’t they be drinking cognac? And off I’d go again …

I was writing at a snail’s pace, people. Snail’s pace. Being slowed down by worrying over things I thought I had to get right, the first time round.

One day, whilst noodling around the CompuServe Forum, one of the brilliant Research and Craft Section leaders posted about these things called … (drum roll) …SQUARE BRACKETS. I cannot remember who it was; I wish I could because I’d buy her a drink, for these magical square brackets have saved me from being stuck on page twenty of my first draft forever. Now, when I’m unsure whether a fact or a name is correct, instead of researching it to death I simply whack a pair of square brackets round it and keep going. These brackets serve as a visual reminder that I need to do some research – after my first draft is done, leaving me free to get on with my story right now.

And another thing; after my initial burst of full-on research (I have 92 books listed on a very rough bibliography, which I haven’t updated for nearly a year!) I’ve cut back dramatically on how much research-related reading I do. I might use Google for a quick fact-check, but that’s about it. And you know what I’ve discovered? Knowing when to call it quits with the research in my first draft not only eliminated the stop-start writing, it also helped me avoid the dreaded info dump. When you know close to all that can be known about a topic, it can be hard to be objective enough to determine just how much information the reader really needs. So you end up putting everything in and write some of the most boring scenes known to mankind. I know this because that first 70k of my book had way too many of these brain-busters. Thank God I deleted the whole thing two years ago, so I don't have to share any of my clangers with you. Shudder!

So, when your love of research is actually holding back your writing, you need to let it go and just write, and tell yourself you’ll plug all the holes when you revise. Otherwise you’ll be stuck in SFD land forever, with a manuscript that more closely resembles a text book than a novel, and who the heck wants that?

That said, I do have a confession – I’m going to the library this Friday. I’ve come across a book I just have to read ... OK, it’s two books, but I swear that’s all I’ll borrow. What’s that? My fingers are crossed? Never! (g)

Anyway, that’s my take on research. How about you? Do you love or loathe it? Do you marinate your brain for months and refused to write until you’re across your subject matter in every possible way? Or like me, (the reformed me, that is) dot your manuscript with square brackets like they’re going out of fashion?