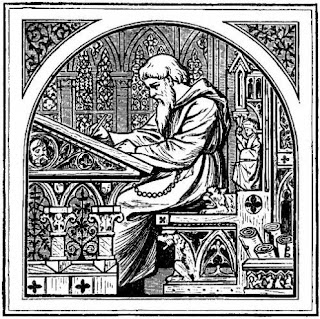 As writers, we've all fallen for at least one of the following myths of writing. The writing profession is teeming with myth-understandings. The act of writing is often a mysterious endeavor, not just for the writer herself, but also for those around her who don't understand where the drive to write comes from.

Write what you know. At face value this seems logical. A writer can’t do a good job writing if she hasn’t got a clue about her topic. But the flip side of the coin is that most of us don’t live the kind of lives our characters do or have the kind of adventures they have.

So that bit of advice is really pure nonsense, isn’t it? A better mantra might be: Know what you need to know and research it. Research it until you can confidently write about it. (One caveat, however: don’t get sucked into the never-ending cycle of research to the point that your novel never gets written.)

Rely on inspiration. Writers must be fantastically gifted in the inspiration department, right? Every moment of writing is filled with moments of clear-headed, brilliant creativity. Hooo boy, if you’re waiting for inspiration to strike before you write page two, or three, or chapter 20, you may wait a long time.

Inspiration is a blessing, a gift that sends shivers down a writer’s spine. We live for those moments, but we can’t wait for them. We write when it’s hard, when the words come grudgingly. We write through the doubts and the doldrums and the dead-ends. To recycle an old saying: Writing is 10% inspiration, 90% perspiration.

Characters will step in and take over for you. Sometimes they do! But don’t believe for an instance that it’s really your characters. It’s you. It’s you when you’ve reached that incredible place in writing where it all flows and falls into place. It’s being so in tune with your story that your unconscious self is also engaged and participating. And within that sharing of conscious and unconscious comes some of the most surprising writing you’ll ever experience.

Writers are odd birds. Can I refute that? On the outside we may seem perfectly normal and indistinguishable from everyone else. But inside we have an entire fictional world populated by fictional people rattling around in our heads. And we encourage it. Most people who hear voices take medication. Writers leap for joy and rush to write it all down.

Good writers don’t need to do revisions. Who of us hasn’t fallen for that one? Intellectually we all know nothing is perfect the first go-round, but emotionally we knock ourselves over the head because we can’t get it right the first time. It’s a terrible trap to fall into. It’s okay to be less than perfect. That’s what editing and second drafts are for.

Writers must know what their story before they begin writing. Some of us do know. Some of us don’t and we’re called “seat of the pants” writers. We like the challenge of the unknown. Or maybe we’re just too lazy to plot it all out. If you think you must know the blow-by-blow, scene-by-scene account of your story before you can begin, reconsider that notion. Begin, and see where it leads you. You might be surprised. (At the very least, you’ll discover you’re one of those who needs to plot before you write.)

Writing is a lonely process. It can be, especially if a writer chooses to go it alone. But there are great writing forums on the internet, writer's groups in nearly every town, and other ways to find like-minding people to share your journey with you. Yes, the actually process of writing is a lonesome job. The story comes from you and you alone can sit down and write it. But the journey can be positive and encouraging and not the least bit lonely with the write (sic) kind of friends.

Writers have an easy job. Yeah, I hear y’all snickering. Anyone who’s actually tried to write a book knows better. It’s not easy and it takes real discipline to do it. ‘Nuf said.
Posted by Susan Montgomery at 6/10/2011 02:57:00 AM