I've had my driver's license for about 13 years now, and I'm sure most of you will agree that after that initial nail-biting learning period when you first figure out how to drive, we tend to forget just how much is involved in operating a vehicle.

It's not actually as simple as getting in the car at home, driving to where you're going, then getting out. In between you undertake an absolute litany of tasks, many at the same time, and you do it by instinct.

You start the car. You work the pedals, check the mirrors, glance at your blind spots. You work the gears, you speed up and slow down according to conditions/ traffic/ speed limits (that you read from signs as you pass them by). You indicate, you change lanes, you turn corners when the right street comes up. You brake, you park, you reverse, you repeat all of these tasks over and over in any given trip. You even change the radio station, talk to your passengers, turn on the heater or the air-conditioner, think about your day, while you're doing all that other stuff. Not only that, but your brain is also dealing with a steady stream of carefully memorised information about the road rules. Indicate 30m before that corner, give way to your right, slow at the amber light and stop at the red.

You control a ton of car, at slow speeds and fast. You process huge quantities of information about what you need to do to get where you're going, all the while also performing a constant series of mechanical operations to make the thing drive safely.

Your car might not quite fit these parameters (my last one was not endowed with an air-conditioner, sadly, and my current one is an automatic, so no shifting gears), but I know anyone out there with a driver's license understands what I'm talking about. 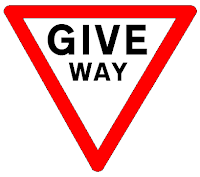 We roll through life taking the complexity of this task completely for granted, until the game changes slightly, and suddenly all the hard work we're really doing is exposed. Two examples: a couple of weeks ago, I had to drive my mother's car, which is a manual (or stick-shift) versus my own automatic. I'm qualified and experienced in driving this kind of car, but I don't do it all that often these days. So, once I sit behind the wheel with my foot on the clutch, the game changes. Very slightly, but just enough to show me what's going on in my brain. Suddenly I have to coordinate using my indicator with changing gears and getting the friction points right. It doesn't help that my mother's European car has the indicator and the windscreen wiper on opposite sides of the steering wheel to my own car- I'm frequently going around corners with my indicator off and my wipers swishing.

The other was my visit interstate this week, where I hired a car. Road rules are fractionally different in different states of Australia, though not enough to be really significant- there are little differences in things like the way lanes merge, or the fact you're allowed to turn on a red light in some instances. The one that really got me, though, was the difference in indicating on roundabouts. I won't go into it, but suffice to say that at first, I was completely thrown by what other people were doing on the roundabouts, because I couldn't understand their indications. Once I was used to that, I was into a new level of struggletown- trying to *stop* myself from doing all my own usual indications, which were just going to confuse everyone else.

Anyway! This is a great analogy to writing, you know. When we start to learn how to write, we're a little clunky, a little shaky. We bump the kerb, we stall the car, we forget to take off at green lights, and occasionally we panic at all the stuff we're juggling and take the wrong turn. But the more we do it, the more natural it becomes, and the better we get. Before long, we're total professionals- or so we think, until that speeding ticket arrives in the mail, or that post in the parking lot sneaks up to dent the back door as we're reversing.

But take a good long break from driving, and all of a sudden it's not so easy. You're unsure of your previously unquestioned skills. There are things you can't quite remember. You're so busy concentrating on the upcoming change of lights that you clash the gears, and it only takes your confidence down another notch. Suddenly when you look at how much goes into making your driving look smooth and effortless, you're panic-stricken with fear that it will never be that easy again. Especially if the rules have changed in the meantime, and you realise you actually have more to learn than you thought.


The cure: exactly what you did when you were still a pimply teenager climbing behind the wheel. Push down the fear, trust all that ingrained knowledge, and keep on practicing. Forget about the destination and keep your focus only as far ahead as your headlights let you see. Sure, you might bump a couple of kerbs or ding your door on a pole now and again- but then it's easy to forget that we all do that occasionally.

Writing: it ain't as easy as it looks. Your brain is undertaking a thousand little tasks in the course of getting those words on the page in the shape of characters and a plot. Most of it is instinctive, and the closer you look at it, the scarier and less understandable it suddenly becomes. How is it even possible that you- you!- wrote those words? What if you get it wrong next time you try? What if you crash out altogether?

All you can do is get in the driver's seat and go for a spin. Just write. Take the equivalent of a Sunday drive- write something that has nothing to do with your WIP. Write about the colour of the leaves on that tree outside your window. Write a short story about that weird neighbour who always seems to be watering his wisteria plant when you're heading out for a jog. Write about your grandmother's cookies and how the smell takes you back.

Bit by bit, you'll realise that you're doing it again- writing without noticing just how much effort it takes.

I know I'm saying the opposite to the Mr. Sparks quote in Rachel's last post, but you know, I don't disagree with him. I also think that writing is about the up and the down- there are times it's horrible hard work, and there are times where you're flying free. It's never going to be all one of those things, and because of that, you can always keep your hope in the dark times, because you remember how it felt to hit your stride and let rip. One day soon, you'll be back on the open road, as long as you keep at it.