How to Write a Bestseller: Tips from the Professionals 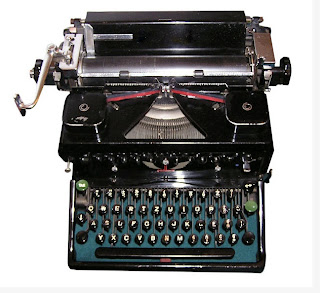 I don’t watch a real lot of TV, but one show I always tune in to on Australian television is The First Tuesday Book Club, a monthly round-table discussion of selected books. The show is hosted by Jennifer Byrne, an Australian journalist, along with two regular panelists and two guests (usually authors). This week was a special edition of the show, billed as follows:

Jennifer Byrne is joined by the heavy artillery of the publishing world to discuss what it takes to be a bestselling author. Jennifer is joined by the man behind the enigmatic Jack Reacher Lee Child, author of Ice Station and The Five Greatest Warriors Matthew Reilly, author of 17 bestselling novels including The Silent Country Di Morrissey, as well as Australia's biggest selling author, Bryce Courtenay.

It was a very interesting discussion, to say the least. If you’re in Australia you can catch the repeat on Sunday 16th May at 6.30pm on ABC2; but for everyone else, I thought I’d report on a few of the main topics discussed by these bestselling authors when they considered the question of what it takes to write that elusive beast - the block-busting, bestseller.

What magic ingredient or formula will thrust a book into the bestselling stratosphere?

Of course, you need to write a damn good story and write it well. But Child, Courtenay, Reilly and Morrisey all agreed an extra ingredient is required - the “X-factor”, as Lee Child called it (for those of you who have heard Diana Gabaldon talk about this mystery ingredient, I think she calls it the “struck by lightning” phenomenon).

Child gave as an example, Stieg Larsson’s The Girl with the Dragon Tattoo. Even Larsson’s publisher didn’t pick this book as a potential runaway success; according to Child, the publisher begged him to blurb it, hoping his name and quote on the cover would pump up sales. But as we know, it sold very well all on its own. Why?

In Child’s opinion, this book had that extra dimension, that X-factor, that made it stand out from other, equally well-written, Scandanavian crime novels, of which he is a fan. And what, in Child's view, was the X-factor that led to sales of over 27 million books?

The fact that by the time Larsson's books were published, he was dead.

The tragic tale of the author dying before seeing his trilogy in print gave the books a human interest factor. The tale piqued people’s interest, their curiosity, and led to loads of talk and buzz about the books, which eventually translated into mega sales.

Though most authors wouldn’t want to go to the extreme of dying in order to see their works sell through the roof, many successful books have this human interest element that exists beyond the book itself. Stephanie Meyers comes to mind – the Mormon mother of three, first time author, writes her book in just three months after being inspired by a dream. What a story! JK Rowling’s tale of rags-to-riches is just as fascinating. And backstory like this leads to interest, which leads to sales.

Now, of course, the back stories to best-selling books would be useless if the books weren’t good to begin with … but Child, Courtenay, Morrisey and Reilly all agreed this extra element, this X-factor, gives the marketing boffins something interesting to use to differentiate books from all the others on the shelf, which heightens the general public’s awareness of them ... and makes those cash registers ring.

Publicity - or, market your butt off.

If, like me, your life is beyond ordinary and you have no hope of pulling off that X-factor, should you give up on writing a bestseller? Not necessarily. Because as Matthew Reilly pointed out (and the other panelists agreed), what will really make your book rocket up the lists is if you, the author, are highly visible to your reading public; and this means saying “yes” to every opportunity to flog your book.

How much you push yourself and your work is definitely something within your control, unlike that elusive X-factor. Bryce Courtenay is often stopped in the street and asked for his autograph, which he gives willingly … but he takes it one step further, asking these autograph hunters for their addresses so he can later send them signed copies of his books. He reckons he gives away 2500 books a year by doing this (!) and it means the story of his generosity, and therefore, his name, is on people’s lips, pumping up interest in his books.

Lee Child said writers have to be aware that everything they do can have an effect on whether or not people buy your books. At signings, he asks people how they came to buy his books, and is often told that something as simple as him being noticed opening a door for someone - and being assumed to be a "nice guy" - was enough to influence a purchase of one of his books.

I’d also say that running a good website, a regular blog, and involvement in discussion forums a la Diana Gabaldon is becoming necessary if a writer wants to move a significant number of books. As Matthew Reilly said, if you don’t jump on the publicity bandwagon, your book and your sales will simply be at the mercy of bookstore browsers.

Is this approach to selling books all too clinical, too cynical? Maybe … but whatever it is, it’s honest. People are nosy; people love finding out about the author behind the book. These bestselling authors have simply realised this, and are using it to maximum effect.

Discussion of this topic brought up some very interesting points.

All four authors agreed that if you write literary fiction you’re highly unlikely to have a bestseller on your hands, because literary novels just don’t sell like popular fiction does.

Lee Child and Bryce Courtenay were both quite firm on this point; I think, in part, due to the critical flak and turned-up noses they’ve endured over their ability to “churn out” (a phrase all these prolific authors hated, btw) bestsellers, the implication being that such books are inferior to literary fiction.

But setting aside their personal wounds, I do think they have a point.

Child pointed to the fact that apart from a handful of writers who can write bestselling literary fiction (he cited Ian McEwan as an example), it is a cold hard fact that literary novels rarely appear on bestseller lists. They just don’t sell in great enough numbers, and Child believes the reason for this lies in what it is that motivates the many people to buy books. He said – and I tend to agree – that the majority of readers buy books for relaxation and escapism - to sit back and enjoy the ride – and not for the beauty or complexity of the language, or to be dazzled by new literary heights. He believes that popular fiction demands much less work from its readers than literary fiction, which is exactly what readers are after. Interesting, indeed.

But I think a point made by Matthew Reilly is the most important – that no matter whether you aim to be number one on the New York Times list, or to carve a niche in the midlists, or write a soaring literary tome, you will never succeed unless you write what you are passionate about; unless you write the type of book you love to read.

So, lots of food for thought. What do you all think?