Be Your Bad Guy 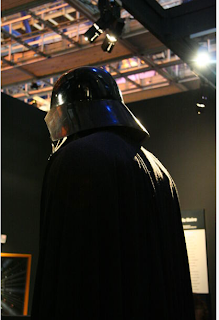 I’ve been spending a lot of time with a serial killer of late. With Philippe-Jean-Baptiste de Cheverny, to be exact - my antagonist, my villain. And although I love my main character, Dr Isabel Knight, I really adore my bad guy.

Philippe knows exactly who he is and has no doubts or qualms about it. Sophisticated, a lover of art, proud of his noble lineage … and with a passion and talent for killing. But he’s intelligent enough to know that this last skill needs to remain hidden. So he keeps in the dark, creating a mysteriousness about him that, coupled with his title, automatically instills a measure of fear in those around him. And he likes this. It’s powerful, being a shadow, an unknown. In the absence of knowledge about him, others fill the void with their own fears and worst imaginings that come nowhere near the truth … just the way he likes it.

But how do I know all this?

I’ve spent a lot of time with Philippe. I know what makes him tick, the reasons behind his wrong-doing and his evil deeds. I know the reasons behind why he does what he does. And I think this is the key for any of us writing antagonists of any persuasion of badness. We need to understand why they think they are right and completely justified in doing what they do; even if the reasons behind their actions don’t make sense to us “normal” folk.

How to do this?

Well, the answer is simply that you have to put as much work into your villain as you do your protagonist. All the work you do with your protagonists – the figuring out of the backstory and the character analysis - you need to do the same with your villain, especially if he or she spends any decent amount of time on the page. Get to know them, inside out. Learn what his past was, what happened to him, why he does what he does.

This involves getting to know some pretty disturbed, albeit fictional, minds. Creating villains can be a not nice experience. But you need to go deep and ask questions that may have unpleasant answers … Why do they do that? Why can’t they not do that? Why that particular thing, not something else? Why does he enjoy doing, or need to do, something most of us could never do, even with a gun to our heads?

Because if you don't have that same depth of understanding of your bad guy as you do with the rest of your characters, then you run the risk of having a generic, two-dimensional, moustache twirling villain who is about as scary as a piece of wet cardboard. Once you, the writer, understands the motivations of your antagonist, you’re able to give your reader enough insight into your villain’s actions so they can connect with him or her – just as they would with any character, for that matter.

But apart from knowing what motivates them, you need to know their weaknesses, their blind spots. The things they fear, the things they want – and the things that are going to eventually get in thir way. What their ruling passions are. Knowing that your bad guy is the butt of every joke at work, or fears daylight, or has to flick the light switch fifty time before he can leave his apartment, will give him a human flaw, something that will serve to humanize the bad and make him real … and he becomes all the more frightening. He could be anyone. Anywhere. Living next door, even …

It also doesn’t hurt to have a bit of psychological backing to your bad guy. My antagonist is on one end of the spectrum, the sociopath, and I’ve read a number of books on the topic. One of the best is "WITHOUT CONSCIENCE: The disturbing world of the psychopaths among us” by Robert D. Hare. If you have a character that is absolutely without empathy for anyone, you absolutely have to read of this book. It'll scare the pants off you, but it's worth it.

By now, it's obvious - I have no secrets, just common sense advice; when developing you characters, don’t forget your bad guy.

In fact, if you try to be your bad guy – only in your head, that is, - your story will be so much more substantial. Not only will your readers have another fascinating character to become absorbed in, but a villain with meat on his bones will amp up the stakes your protagonist faces and will make their struggle all the more heroic and nail-biting. And that can only mean a better story, all round.

You may have to sleep with the lights on, but you won’t regret it.