So I sat down to blog on my regular Wednesday this week, but then came the interruptions, both good and bad - the bad being a sick cat, who so far has needed three trips to the vet in four days - the good, the neighbours who popped in for a quick chat and ended up staying for a very late and lingering dinner in our back yard on a balmy summer night. Ah, I do love the holidays!

Anyway, here I am, better late than never, squeezing in between Claire and Susan to talk about the books I read in 2010, my favourite ones … and to do you a deal. You see, I’ve had a bit of a book drought of late – tons of books in my TBR pile, but none of them really grab me – so I was hoping that if I shared my favourite reads of 2010, then you might share yours. Deal? Great! (g).

First up is WOLF HALL, by Hilary Mantel.

This book would have to be my all out favourite read of 2010. A big, fat, work of literary historical fiction, and winner of the 2009 Man Booker prize, it is the story of Thomas Cromwell, King Henry VIII’s marriage-fixer, and his rise from being the battered son of a violent blacksmith to becoming one of the most powerful and wealthy men in England in his day. The story is written from Cromwell’s point of view, and is written in the present tense, which works wonderfully well in that it lends an immediacy and intensity to the story, and really lets you worm right into this man’s mind and heart as he navigates the political intrigues of Tudor England and tries to reconcile his conscience with the things he must do in the name of, and because of, the King. The amount of research Mantel must have undertaken is truly staggering, and has resulted in a vibrant, rich and beautifully written tale. 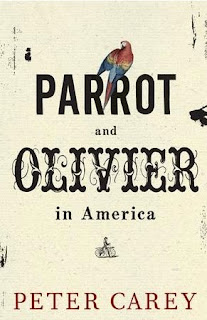 PARROT AND OLIVIER IN AMERICA by Peter Carey

This is the story of two men, opposite and unalike in so many ways, and the often hilarious results of the entwining of their lives.

Olivier is a French nobleman whose family decided to ride out the French Revolution in France rather than flee … only to find themselves despised by their class when Napoleon is ultimately overthrown. Parrot is a rough-hewn Englishman of dubious and shady background - footman, artist, spy – and the book covers their very different childhoods – one of privilege, one of poverty and hardship - and their unlikely paring when circumstances see them thrown together, and they travel to America. Olivier is sent off to America by his mother, ostensibly to review the country’s new prison systems, but in reality to remove him from harm’s way when he comes too close to a political intrigue that could see him lose his head; Parrot, on the other hand, is strong-armed into accompanying the haughty nobleman by the mysterious and sinister “Monsieur”. The result is a rollicking adventure, with nods to both Dickens and the life of Alexis de Tocquville, French historian and political thinker … but mostly it is an exploration of the nature of friendship, and democracy. 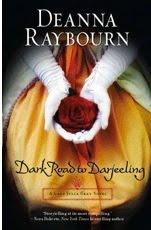 This is the fourth in Deanna Raybourn’s Lady Julia Grey mysteries, and a fantastic and humorous read it is. Exotic and lush, the story unfolds on a Victorian-era tea plantation in India, where murder awaits Julia and her enigmatic detective husband, Nicholas Brisbane, as they travel on their honeymoon. Lots of subtle and witty humour, spiced with rapier-sharp repartee and the antics of Julia’s eccentric family members, the story is a satisfying read, with a surprisingly poignant ending involving Julia’s sharp-witted sister, Portia, that brought a tear to my eye. A wonderful world to escape into. 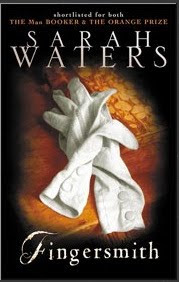 Sarah Water is a brilliant wordsmith, and this cracking-good Dickensian tale, with a HUGE twist in the middle that will make your jaw drop, is a fine example of her literary prowess. Set in 1862, Fingersmith is the story of Susan Trinder, an orphan who grows up in the slums of London amongst an adoptive family of petty thieves who are all under the care of their matriarch, Mrs Sucksby. But unknown to Susan, her fate is linked to another orphan, growing up in altogether richer and stranger circumstances … and this dark, twisted tale begins in earnest when Mrs Sucksby decides it is time for the two girls to meet. This is a thumping good read - long, deliciously dark, and very satisfying. 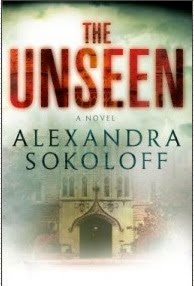 THE UNSEEN by Alexandra Sokoloff

And in a departure from my historical fiction obsession (g) …

The Unseen is the story of Laurel McDonald, a young psychology professor who accepts a posting at Duke University in North Carolina after a seriously life-changing event – she experiences a precognitive dream that leads her to break her engagement, while at the same time seriously unnerving her. Trying to forget her troubles, she delves into the archives at Duke and uncovers files from a 1965 psych experiment – one that left the entire research team either insane or dead. Run to prove whether ESP really exists, Laurel becomes obsessed with these old tests - whatever answers the research team uncovered could help to explain her own flashes of precognition – and with the assistance of a male colleague, she locates the house where the final parts of the 1965 experiment were performed … and sets about performing them herself. And this is where the book gets seriously creepy. The house itself becomes a central, disturbing, character in this tale – an abandoned, Southern Gothic mansion, once owned by a family with many dark secrets - and what happens to Laurel McDonald and the university students who accompany her to this house for these experiments … well, it’s serious, “sleep with the lights on” material. I was SCARED. Big time. And I loved it.