Of Dust Bunnies and Darlings 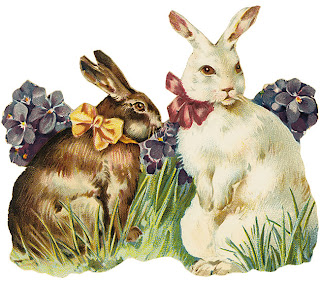 The dust bunnies have been multiplying again. At this point, I’m not sure whether I should kill them all or become a rancher and raise them professionally.

My youngest thinks dust bunnies are real rabbits. He once went looking for them and was disappointed when he only found dust balls. But even so, he was convinced the dust bunnies came to life at night and hopped around the house while we slept.

They do. How else do they get from one room to another?

Anyway, I went about killing the little darlings, Hoovering them up without the slightest bit of guilt, or even a second thought.

Which really brings me to the topic of my blog post today: killing your darlings. Not the fuzzy, dust-ball sort. The darlings I’m talking about are those of your own making, those favorite bits of writing that might have had a place in your story at one time, but no longer belong there.

The term, “murder your darlings” was made famous by Stephen King in his book , On Writing, but he wasn’t the first to use it. Sir Arthur Quiller-Couch said it first. You may love something you’ve written, but if it doesn’t work, toss it. Murder it. To leave it is self-indulgent.

Which brings me back to my blood-thirsty vacuuming. The drone of the vacuum was perfect for my introspective thinking that day. No one interrupts me when I’m vacuuming and with the noise it makes I can’t hear a darn thing other than my own thoughts. Perfect!

What I was thinking was that I needed to murder a scene I was really attached to. I wanted that scene. I didn’t want to let it go. It was a scene that had flowed from me effortlessly. It was just there when I needed it.

Only I don’t need it. Not any more. So I vacuumed up dust bunnies and mourned my darling. It took me more than just one murderous rampage against dust bunnies to realize my scene had to go. The thought had lurked in the deepest recesses of my mind for a long time. The struggle was mighty. I wanted to make the scene work, but in the end, I knew there just wasn’t a way to keep it.

Stephen King encourages writers to use anything that improves the quality of their writing, but doesn’t get in the way of the story. My scene was getting in the way of my story. My attachment to it lead me to change the timeline of the plot. (Gasp!) How nutty is that — keeping a scene and changing the novel around it?

The integrity of my story was nearly derailed by my own self-indulgent whims. I’m sorry to see the scene cut, but I’m so much more confident now as I go forward with the story. The timeline works, the plot sticks together, the whole thing is solid again.

This is a cautionary tale. I hope you never have to hunt down and kill one of your darlings. But if you do, hold a quick memorial service for it and let it go. You’ll find that like dust bunnies multiplying under the furniture, new scenes will quickly fill the void where your darling once dwelled and your story will be better for it.
Posted by Susan Montgomery at 4/29/2011 01:45:00 AM