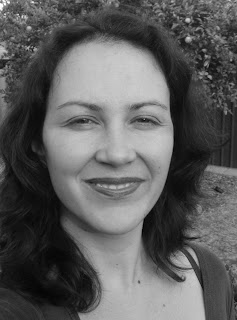 Author Claire Gregory arrived in Australia in her teens after an international childhood. She fulfilled her love of exploring the human past by gaining a degree in archaeology, and subsequently spent eight years travelling outback Western Australia for work.

She now divides her time between heritage work, writing fiction, and raising her kids. Her novel BETWEEN THE LINES is inspired by the local landscapes she loves, and the real loves and losses of family who were touched by WWI.

In addition to writing at All the World's Our Page, Claire also tracks down buried histories and blogs about WWI research at The Road to War and Back. You can find her on Facebook here, or contact her by email here.

Australian brothers Len and Bill Cutler have been at war with each other for as long as they can remember, but when the real conflict breaks out in Europe in 1914, the answer seems simple. All Len wants is to get away from the family farm and make a name for himself, and the war seems just the ticket. All Bill wants is to stay home and fight for his family's future against the drought that has crippled the area for years, and he could care less if he ever sees his brother again. The one thing holding Len back is his feelings for beautiful neighbour Kit Barnes, the only girl in town who's never been won over by his charms, the only one he truly wants- and the only one he can't have, since she happens to be engaged to his brother.

Jealousy and betrayal collide on the eve of the war, casting them all into the conflict and changing their lives forever.

BETWEEN THE LINES follows Len, Bill and Kit from their first fateful meeting as teenagers, along the trail of heartbreak that leads them all into the Great War, and through the devastation of their battles at home and away to the redemption they all find in the next generation- baby Jared, who carries all their hopes for the future.

ACQUAINTED WITH THE NIGHT picks up almost two decades after the events in BETWEEN THE LINES, and follows Jared as he grows into a man and joins the Royal Australian Air Force just before the outbreak of the Second World War. He heads to London and flies in the Battle of Britain, but is soon reported missing in action. His father follows him across the sea to England and tracks down Jared's English fiance, nurse Laura, and her eccentric aunt Meredith.

Together they unravel the web of lies and secrets that led to Jared's disappearance, and rapidly come to realise that all of them, in different ways, are running out of time.

The yet-untitled third volume of the saga will follow the next generation of the Cutler family into the Vietnam War in 1970...


The following is an excerpt from BETWEEN THE LINES.


The news passed around town as fast as the bush telegraph could take it, and by the time the weak afternoon sun dipped behind the river gums that stood to attention along Main Street, every man and his dog knew the war had arrived.

Len Cutler had been waiting for it as long as he could remember, since the day he’d first put on the cadet uniform and shouldered his pea shooter. How they'd all grown since then! Freedom was so close he could taste it, and the weight off his shoulders almost had him floating - his ticket out of here, at long bloody last.

But he had to find Kit.

The evening air quivered with whispered excitement as he made his way through the crowd outside the post office, stepping around ladies in their best hats and blokes who’d come straight from the shearing shed to hear all about it. The Western Mail was tacked up across the windows, half a dozen copies shouting the same thing, bold and black - WAR DECLARED! - and an explosion of red, white and blue bunting covered the verandah rails, fluttering in the breeze. They must have been hoarding it for months, waiting for the day all the predictions of conflict came true.

He slowed down when he got near the front. Turlington was up there, clutching a megaphone. The old schoolmaster wobbled on a step that was straining hard under the weight of his beer-keg gut, and even in the crisp coolness of the evening air, his bald head shone with sweat, and his cheeks were so red they could have been painted on.

“The day is finally here, upon which our young men have the chance to prove themselves in the crucible of battle.” His voice wavered out of the metal cone, tinny with emotion. “How many here wish they could reclaim their youth to go along on this great adventure? All of us menfolk, I’m sure, all of us. But it is for the young to carry our names and our flag over there to meet the enemy, and not until Australia arrives will the fight truly begin!”

A little cheer went up, and a flutter of handkerchiefs rose in the air like turtledoves disturbed from their nests.

Christ, he’d be going on for hours, unless he had a heart attack first, and there was some hope of it, the way the red was spreading to the rest of his face. Len nudged his way past the man on his left and headed toward the edge of the crowd. He already knew what was what. When the time came, he’d be first in line to sign his name on the papers and get himself in the real show, and he didn’t need anyone to tell him why. When it was time for a fight, he’d be in it. And when King and country called, he’d answer.

All depending, of course. Depending on what she'd say tonight when he asked her the question. And she had to know, after all these years, that there was only one answer he'd accept.