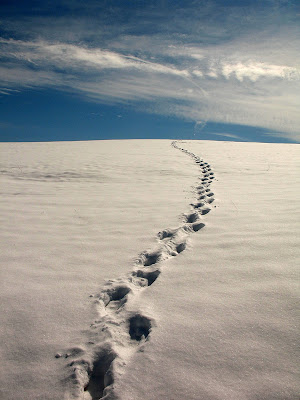 First, I have to apologize for my prolonged absence from ATWOP. Things in real life have been keeping me very busy as of late. Most of it isn't very exciting, but one very good thing is that I'm closing in on that ever-elusive "the end" to one of my manuscripts. It's going a bit slower than I had hoped, but I'm trudging forward a bit at a time. If I just had a few extra hours in every day... :) You know how it goes.

One of the more interesting things I've had on my plate these past weeks is finishing up putting together a cookbook of all of my grandmother's recipes. My grandmother was a wonderful cook, and when she passed three years ago, her recipe boxes were somewhat of a hot commodity. Everyone wanted to get his/her hands on all of the goodies she had in there, and my aunt and I took it upon ourselves to compile them all together into one book.

Well, this is definitely one of those projects that you take on without knowing how much work it really encompasses. I'll be honest and say that I didn't type a single recipe until this last week or so. My aunt did some work right out of the gate, but the project very quickly fell to the wayside as real life pushed in. Much easier to focus on the "have to's" than the "when I have time's." We all know the drill.

Fast forward to almost three years later, and the book still isn't finished--something I've heard a lot about--mainly from my mother and sister. My mother not only wants the book, but she's also the one who will be keeping the original recipe boxes and books. So I guess you could say her impatience level is at a high because she can't wait to get her hands on all of the hidden treasures she remembers from her childhood. We're holding that all up, so my aunt and I decided we would get it all done before she arrives here in August.

So yes, add one more thing to my already hectic schedule. Typing what feels like a gazillion recipes into a word doc. It wasn't a chore I relished, but I was determined to finish what I had committed myself to.

It was mostly pretty boring work. My grandmother collected a lot of recipes from people over the years, and after you type so many, you start drifting off mid 1/2 C. of sugar...

My grandmother was, like I said, a wonderful cook. But getting her to sit down and actually write out the recipes for her various dishes was quite a chore. The woman didn't measure things...and heck, she probably never made a dish the same way twice. When I first started typing recipes, I was covering some of the more "structured" dishes -- cakes and the like that are pretty rigid in details because they have to be.

Towards the end, my grandmother's flair really started to come out. Soups, and sauces, and random salads. Heck, there were "recipes" that were simply lists of ingredients (Actual directions, order or amounts..who needs those, Grandma?)... "recipes" that had lines such as "a bunch of sliced spuds" or "a handful of carrots"...

You can tell right off the bat when you see recipe cards that someone made her sit down and write, trying to capture the essence of a specific dish. But being as she didn't measure, etc. they're just convoluted gobbledygook.

Reading through these cards, I felt a rush of memory and joy. Captured in these cards is the essence of who my grandmother was--her unique voice that I never thought I'd have the chance to hear again. These recipe cards made me smile at times and laugh out loud at others--I can't tell you what a wonderful and special experience it was putting this book together.

In truth, I'm glad we put it off until now. I'm not sure I would've been ready for this when we originally began. But with time, I'm able to simply enjoy her memory without the sharp sting of loss getting in the way.

As a writer, I got to thinking about how this relates to my own work. What distinct footprint will I leave with my writing? What nuances do I have that someone looking back over my career would say, "Yes, of course, that is sooooo Jen. She always did X and X?"

Hmmm. It's definitely one to ponder. Perhaps it's not up to me to decide. All I can hope is that people look back at me in fondness and hear me when they read my words. That's what my grandmother achieved--and I guess I can't ask for more than that.
Posted by Jennifer Hendren at 7/12/2011 07:19:00 AM