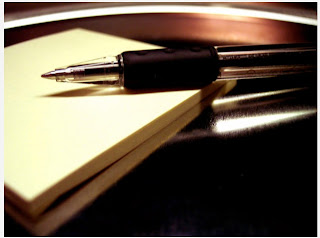 I'm not a very good writer, but I'm an excellent rewriter.

As you might know, I’m revising what is probably the second draft of my book. My revisions have been more than a little stop/start/stop/start, so it’s hard to determine exactly what number I’m up to. So far, this draft is shaping up to look like a good, solid, book-like draft, and after so many false starts and screeching halts with my revisions, I’m starting to become quietly optimistic. And in an effort to avoid the circling round and round the drain of futile revisions for another eighteen months (yikes!), I’ve been pondering what, exactly, I was doing wrong in the first place … and what I might now be doing right.

I finished my SFD in December 2009 and did the recommended “set aside of the manuscript” for a solid two months. So far, so good. Then I dusted it off, did a read through … and ugh. Bits were good, but a lot was blah. Worst of all, the middle was as bloated as a pensioner in stretch pants rolling up for a fifth attack on a cruise ship’s buffet (my in-laws, bless them, are cruise aficionados, and I know of what I speak.) Confronted with this rambling mass of words, I did the worst possible thing - I panicked. Oh, I had a plan of attack for my revisions, but it was so BIG and complicated (to match the big and complicated SFD) that I became overwhelmed and did what I always do in such situations – embark on an OCD campaign of rewriting my opening chapters over and over and over and over again.

It was NaNo 2010 that jolted me out of this rut. For NaNo, I wrote only brand new scenes, and after being in the seventh circle of opening chapters hell for so long, it was a joy. And looking back at what I’d revised so far, I realised a lot of what I’d been doing, while not making my book any worse, was not really making it better. Which is kinda the whole point of revisions, right? Duh. I decided I really needed to step back and immerse myself in the fundamentals of my genre before I could get my plot problems ironed out, and did so (and blogged about it here and here.) After that I analysed my manuscript within an inch of its life, trying to identify big picture themes and messages, all of which allowed me to attack the re-plotting that needed to be done with much more knowledge and confidence than before. And since about March 2011 the revisions have been going well. In fact, I hope to be done with this round by the end of August, and, fingers crossed, have a final version to inflict upon my beta readers by the end of the year.

So, studying and nailing down genre elements was a big help. Identifying and clarifying my core messages and themes was another. It helped me see the story that was there, lurking between the lines all the time. And a lot was crammed in there, I tell you! But knowing the driving questions in my book, and knowing the expectations of my genre, helped me to identify what to cut and what to keep, and also what to add.

But there’s more to it than that. I think the main reason why my revisions are actually getting me somewhere this time round is, quite simply, that I decided I had to get over myself. I forced myself to step outside and give myself the eyeball and brutally, honestly, work out what it was that I was doing to mess up my attempts to write this book. The self-sabotage. Like the obsessive opening re-writes and the pitiful hand wringing when a scene just wouldn’t work; the stupid self-inflicted pressure to aim for perfection each and every time I write; the hanging on to a word or a sentence or a whole scene just because I liked it, not because it was right for the story; the letting in of the paralyzing self-doubt far too many times.

Battling these demons is an ongoing process. They never go away. But naming and shaming them, and being on guard for the times they will inevitably raise their ugly heads, is vital. In a way, revisions really are all about self-observation without judgment, self-observation of both me and my work, so that I can get out of my own way and one day do what I’d so dearly love to - finish my book and see it published.

And really, no matter how hard revisions may be, I do love them. Because with each revision session, I learn more about the craft of writing, and about myself. Which means next time round my writing will be stronger. And so, I hope, will I.