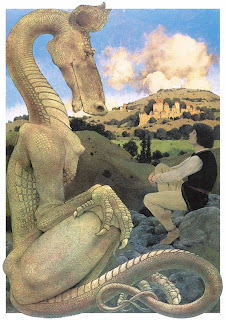 This might be the definition of my own manuscript. Will I ever finish it?

Acutally, I want to explore a concept I recently hit upon while reading more of John Truby’s The Anatomy of Story.

I’ve known stories like that and I’m sure you have too. If we’re lucky, we have a handful of books, maybe our favorites, that continue to live in our imaginations.

What makes a story last beyond the final pages? What makes it endure in the hearts and minds of readers? Why do some stories end with a satisfying conclusion and then become forgettable and some end the same way, satisfyingly, gratifyingly good, but continue to capture our imaginations?

First, Truby explains to writers what not to do. He gives three reasons why some stories have what he calls a “false” ending. False endings close the story. Shut it down.

The first false ending is a premature ending. This occurs for several reasons and sounds self-explanatory. The writer has somehow managed to give the story an ending too soon. This might happen with an early self-revelation. Once the hero has his big self-revelation, everything else is anti-climatic. Another might be that the hero achieves his desire too soon. And another cause is when a character takes an action that is not believable. This happens mainly when the author is stuck and needs her character to act a certain way (disregarding the true colors of her character), and subsequently causing the reader to jolt right out of the story. All of these are examples of a premature ending.

The second reason a story may end prematurely is because it arbitrarily ends. Truby writes that these endings are the result of inorganic plots in which the reader doesn’t get the sense of anything happening, or developing. The author resorts to using coincidence or deus ex machina to end the story.

The last reason for premature endings is the closed ending. The hero has accomplished his goals, obtained his desire, experienced a self-revelation and all is tidily wrapped up in a satisfying conclusion. End of game. The reader is convinced that the story is complete.

So how does a writer create that Never-Ending Story? It’s very simple, really. In true life, desire never ends. As Truby says, “Equilibrium is temporary. The self-revelation is never simple and it cannot guarantee the hero a satisfying life from that day forward.”

The most straightforward method of creating a Never-Ending Story is pure genius: introduce a new reveal. Immediately after obtaining your story’s equilibrium, tip it over with one last surprise. Shake up the reader’s sense of reality so that they mentally go back through the story, looking for new clues, searching for that new reality that has suddenly been thrust upon them. Truby says the story becomes an endless cycle as the reader constantly rethinks it in light of the newest reveal.

Most important to a Never-Ending Story, a story that readers experience differently each time they read it, is that every part of the story be “woven into a complex tapestry of character, plot, theme, symbol, scene and dialogue.” Easy, right?

So there it is, in a nutshell. If you want to know more, I recommend Truby’s book, The Anatomy of Story. He gives a wonderful list of elements you can use to create "infinite story tapestry" that I won't go into here.

I’m no where near writing the end of my story, but I’m fascinated by this concept of The Never-Ending Story. I plan to weave my own complex tapestry as I go, and to keep in mind that in my hero’s experience, equilibrium constantly shifts, just as it does in real life.
Posted by Susan Montgomery at 2/04/2011 01:41:00 AM