The Creative Act, Validation, and a Conundrum 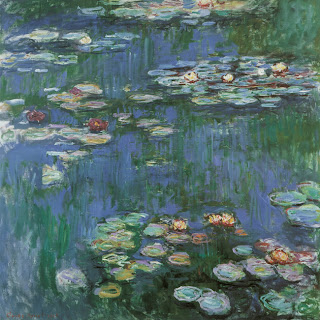 The philosophical French artist Marcel Duchcamp once said there are two factors to consider in the creation of art: the artist and the spectator. He said, “The artist may shout from all the rooftops that he is a genius: he will have to wait for the verdict of the spectator in order that his declarations take a social value and that, finally, posterity includes him in the primers of Artist History."

Duchcamp essentially says that it’s not enough for an artist to create. The creative act is not complete until the audience has seen it. Not only seen it, but validated it.

In this way the audience becomes part of the creative act and “transference” takes place. In essence, the audience has been given control of the art.

In less highfalutin terms it just means that the audience begins to internalize the art in very personal ways. If you’re a fan of Diana Gabaldon’s Outlander series you’ll understand immediately what I mean. If you don’t understand, go visit her folder on the Compuserv’s Books and Writers Forum where her devoted fans hang out to discuss (scrutinize) nearly every written word with profound depth. Diana Gabaldon takes it all with good graces and an occasional roll of her eyes.

Star Wars and Star Trek fans (Trekkies) are examples of transference gone wild. Deadheads - those devoted fans of the band Grateful Dead - went to great lengths to follow the band from venue to venue. Some might argue that none of my examples should be labeled “art.” But the point is that something within these fans touched them, connected with them to the extreme, which in turn has validated the creators of these works.

I can’t help but think of my own creative acts and the validation I crave at times. Is Duchcamp right? Can I not just write because I’m compelled to do it? Because I enjoy it?

I was a closet writer for a long time. I didn’t need anyone’s approval. My words were my joy, my obsession. Are my stories less of a creation because I, the artist, have not shared them with an audience? Are they incomplete because “transference” hasn’t taken place? Does a tree in the forest make any sound if no one is there to hear it fall? (Blast these French philosophers!)

In my blissfully ignorant closet-writing days I cared nothing for validation. But something happened when I began to share my writing, to put it “out there” for others to critique and comment on. I began to receive validation for my work. It felt wonderful. I wanted more. Suddenly I wasn’t writing in a vacuum anymore and the idea that my story needed to see the light of day took root.

The flip-side to that addictive coin is that if my story doesn’t make it, is it any less a creative act? No, I don’t believe so and that’s where I’d argue with Duchcamp. Yes, validation is feel-good wonderful. But so is the act of creation. There’s nothing like it.

But now I’m left with a conundrum. I’ve tasted validation and like a drug in my blood I want more. Why then do I write? Why am I at it? For my satisfaction alone or for validation from others?